On the 2nd of September Indian government banned PUBG mobile because of Security Issues and on the 4th of September Akshay Kumar Announced the FAU-G (Farless And United Guards) poster.

But, Since it was announced after the PUBG ban which is the largest battle royal game in mobile in India, and due to similarity in names it falls under criticization of PUBG players even before its release date was announced. 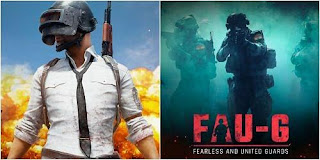 Players thought that this game was a copy of PUBG even without thinking that PUBG was released after ARMA 2 and Day Z.

So isn’t PUBG itself was a copy of these battle royale games?

And How do you expect the Poster of the game to be original before the trailer? It’s just an announcement.

Some even say that FAU-G name is Patriotic for those who don’t know that FAUJI means soldier and if you find soldier word Patriotic then why do you play  America’s Army: Proving Grounds and Call of Duty while everything in these games is about the American Army and please don’t say that game on Indian Army is a special case.

If this game was released before the PUBG ban we would have no problem with it but just for criticizing we can even connect these games with deads(late SSR) even if it is related to SSR then what’s the reason for its criticization? it shouldn’t have released because SSR is no more?

Indians are drama queens because when this Aatm nirbhar bharat moment was first started people were saying that Indian products do not have the potential to compete with Foreign Good but when Indians create something, we start criticizing it even before seeing it ourselves.

Thanks for spending your time here☺.

One thought on “Is FAU-G being hated because of it release date?”